Several weeks after winning the bidding for my VW van, I arrived in Saint Louis to pick it up. I had caught a ride to St. Louis with a friend, figuring I could drive the van home. However, when we arrived at the sellers house, we were informed that earlier in the day the van had died and he had been unable to restart it. The plan had been for me to drive it home that night, but instead I hung out in St. Louis at my parent’s house while the seller had it towed to a VW shop. Turns out it was a loose wire and the following day the van was fixed and the transaction was made!Driving it home was a new experience. Not only was it remarkably underpowered, the heater didn’t work and it was kind of cold outside. So I was cruising down the highway at about 65mph with the gas floored and gloves and a jacket on to stay warm. That is when the gas leak sprung! One minute the tank is full and the next minute the needle has dropped below empty. Something has to be wrong! I pulled into the next gas station and bought a flashlight. After a cursory inspection, I was unable to spot any leaks, so I went ahead and filled the tank up. I still was unable to spot any leaks, so I continued on while keeping a closer eye on the tank. Turns out it was just a faulty gas guage. I eventually stopped for the night just outside of Hannibal and tried out the sleeping arrangements for the first time.

One of the primary reasons for purchasing the Van was for traveling to triathlons. My current vehicle at the time for triathlon travel was my Ford Tarus Station Wagon: 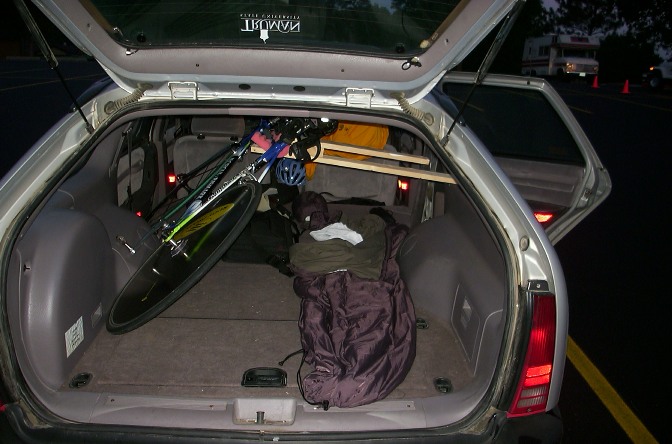 Now, with my new van the plan was to use it for my “triathlonmobile”, something I could travel to triathlons in and get a good night sleep in once I arrived: 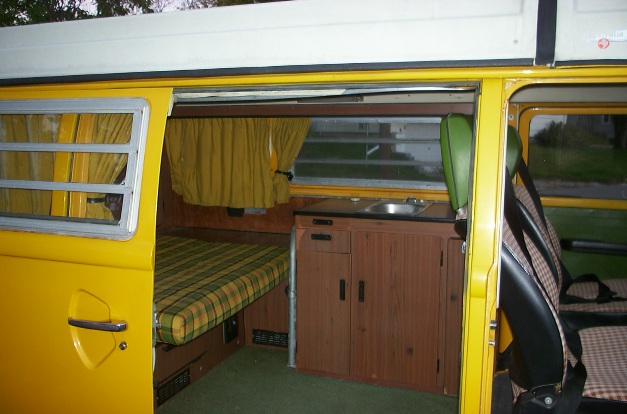 Not only was there a bed and sink, their was an extendable roof with an “upstairs” double bed as well! 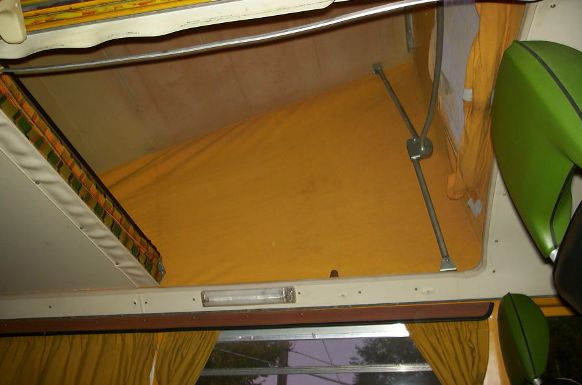